Wave Aircraft® has been awarded a patent, January 14, 2020, on their multi-hull seaplane technology that allows for smoother landings and takeoffs on water and also necessitates a shorter space to land or take off.

“Wave Aircraft works under the radar and can’t publish our current projects. However, patents are public knowledge so we can celebrate the fact that we received one.” 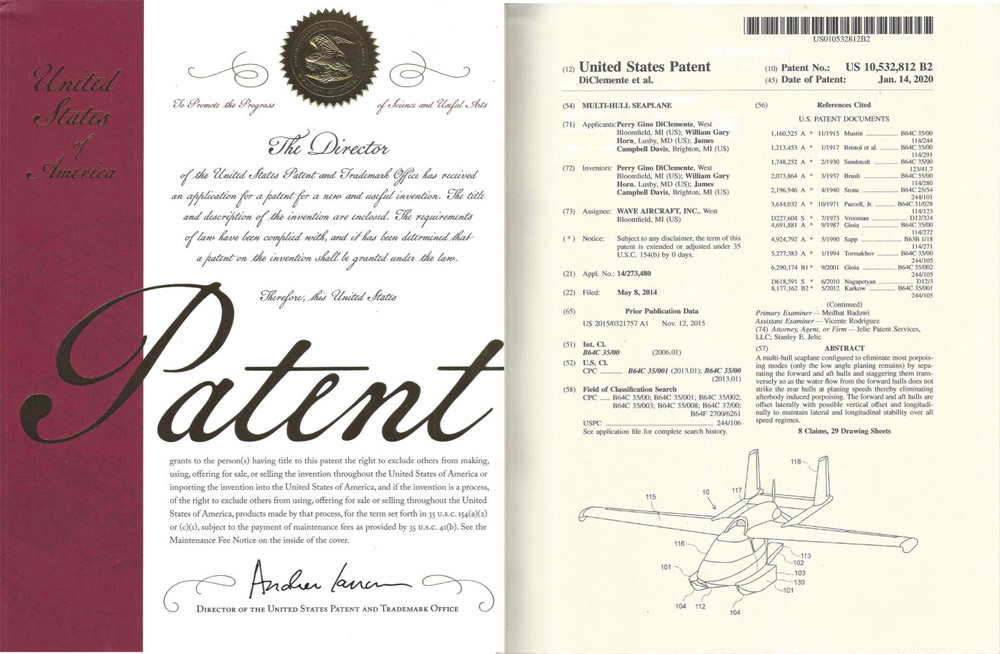 Perry DiClemente has been working in the aerospace industry for years, helping design new aircraft. That lifetime’s worth of work inspired him to start his own company, Wave Aircraft.

“We saw a need that wasn’t being filled,” DiClemente says. “It is the next evolution in amphibian aircraft.”

The West Bloomfield-based startup is developing a go-everywhere aircraft that can comfortably land on a runway or on water. Its hull technology can be used on either light jets or turbo-prop airplanes. The hull allows for smoother landings and takeoffs on water and also necessitates a shorter space to land or take off. The company is targeting the business-aircraft class.

DiClemente says his team was surprised at its win but took a lot away from the competition, including how best to pitch the startup and tighten up its business plan, valuable expertise for a new firm developing cutting-edge technology. 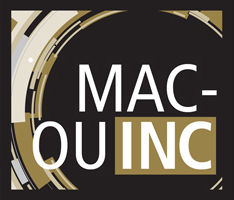 A hearty congratulations to all of the Mac-OU INC client finalists at the Accelerate Michigan Innovation Competition (AMIC) including Microcide, First Sense Medical, Radio Dayrage and Wave Aircraft, winner of the $25,000 NextEnergy Transport and New Mobility Award.

Wave Aircraft is a new venture that has developed a patent-pending turboprop amphibian aircraft designed to compete effectively in the business airplane market segment. The group will leverage the funds to develop a smaller version of the aircraft as a Seaworthy Unmanned Air Vehicle (SUAV) to serve the U.S. government’s need for more flexibility in military and border security missions.

“Michigan is making an economic comeback in advanced manufacturing. We have one of the nation’s highest concentrations of engineering talent per capita. We are so fortunate to be able to combine that with excellent support from numerous private and public groups, all striving to drive entrepreneurship in Michigan. With more coastline than any other state, Michigan is the perfect place to build an amphibian aircraft company, especially with all the entrepreneur support available,” Perry DiClemente, Wave Aircraft President, says.

Wave Aircraft™ is working with Air Vehicle Integration, Inc. (AVII), an aircraft design and development company, in developing the technologies and air vehicles applicable to water and autonomous operations.